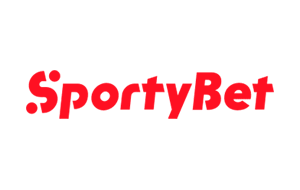 Up to KSH 5000 in Free BetsClaim NowFor all registering players

The creation of the leagues was dated on 1963. Since then, 55 clubs have competed in the Bundesliga since its founding. Bayern Munich has won the Bundesliga the most, winning the title 28 times.
However, the Bundesliga has seen other champions with Borussia Dortmund, Hamburger SV, Werder Bremen, Borussia Mönchengladbach and VfB Stuttgart most prominent among them. The Bundesliga is one of the top national leagues, ranked fourth in Europe according to UEFA’s league coefficient ranking for the 2018–19 season, based on performances in European competitions over the past five seasons.
The Bundesliga is composed of two divisions: the 1. Bundesliga and, 2. Bundesliga (2nd Bundesliga), which has been the second tier of German football since 1974.

In addition, the top performing teams include Bayern Munich who won the last title of 2018/2019 and others such as Borussia Dortmund with 81 points, Hoffeenhein with 7o pints and following Bayer leverkusen with 69 points. Find all of our football betting tips here.

Moreover, the 57th Bundesliga season will start on Friday, 16 August, with the encounter between Bayern Munich and Hertha Berlin with a predictions of Draw 2-2 by us, where predictz.com predicts a Home 3-0 where a Bayern Munich wins is being claimed. The match will kick off at 8:30pm.
As is tradition in the Bundesliga, the defending champions will open the season at home. Niko Kovac’s side got off to a winning start against Hoffenheim in 2018/19, and have now won their last seven season-opening matches as title holders.

Beyond the opening game, more mouth-watering fixtures await on the first Matchday of the new season. Runners-up last term, Borussia Dortmund will begin their title quest at home to Augsburg. Newly promoted Paderborn travel to Leverkusen, while Bundesliga 2 champions Cologne are in Wolfsburg and Bundesliga first-timers Union Berlin travel to RB Leipzig.
Furthermore, more information about bungesliga matches and news can also be founded via their website to easily access information for bettors.